GPC is shown to bind to a peptide fragment of Aβ(1-40), forming a pocket comprised of three amino acids – namely Lys28, Asp23, and Lys16 (GPC Binding) (McClure et al., 2001).  GPC binding to these three sites causes Aβ(1-40) to undergo a conformational change to a conformation that contains a β-turn in the vicinity of amino acid residues 25-30; the β-turn enhances Aβ(1-40) aggregation (Aβ Aggregation).

A search of the protein data bank of 11,996 structures revealed that only Aβ peptide contained the three-center site for optimal GPC binding.  Further studies by 2D-NMR techniques confirm the binding of GPC to Aβ(1-40) at the same binding site (Mandal and Pettegrew, 2004) resulting in an α-helical to β-sheet conformational change in Aβ(1-40).

GPC contains 6 oxygen atoms in which the highly abundant 16O (99.76%) can be replaced with the low abundance 17O (0.037%).  17O will quench the MRI signals of any surrounding protons (Arai et al., 1989; Kwong et al., 1991; Charagundla et al., 2000).  This will appear as a dark spot on an MRI image which we have demonstrated (Micro-Imaging).  Using computer technology the dark spot can be converted into a semi-quantitative color image.

17O GPC will be an extremely valuable non-invasive in vivo biomarker for the initial (earliest) molecular changes in Aβ(1-40) conformation which culminates in the deposition of Aβ(1-40) in senile plaques in AD brain. 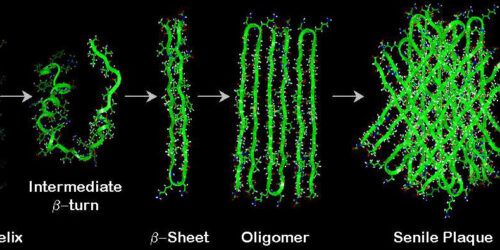 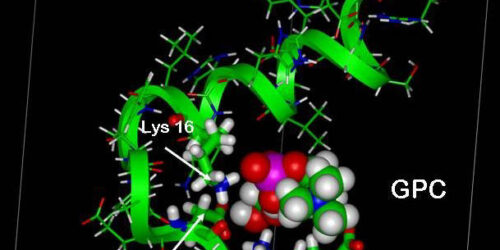 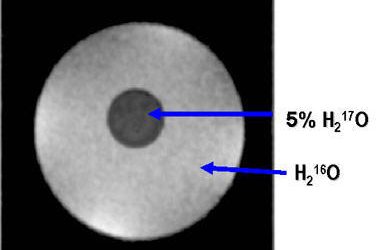